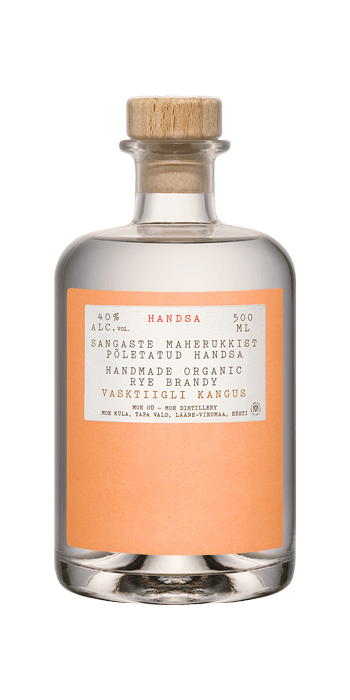 Handsa, burnt from the world’s oldest rye variety, mild Sangaste rye, is a traditional spirits from Setomaa. It has been driven through centuries of rye and rye malt. The vodka burners mostly handcuffed Handsat for their own use or for smuggling.
Unlike vodka, which is made from alcohol (strength at least 96%) and water, Handsa is a grain distillate with a distillation strength of 60-70% alc.vol.
Handsa is classified as a grain brand, more specifically a rye brand.

In the 18th century, alcohol content was measured by incineration. A certain amount of alcohol was poured into the crucible, and by heating the crucible over low heat, the alcohol vapors were ignited. By the time the steam burned, all the alcohol had evaporated. The remainder was then measured. Accordingly, alcohol was referred to as semi-inflammatory or two-thirds inflammatory.
The ponds were made of either silver or copper, with different results.
According to the silver crucible, the semi-burner contained about 50%, and according to the copper crucible, only 40% by volume of alcohol.
Vodka sold in Estonia had to be semi-burned according to a silver crucible or a silver sample, while in Russia it had to be semi-burned according to a copper crucible.